Durham County covers has a large geographical area and is full of small, remote villages that do not have mains gas and are ‘hard to treat’ with regards to thermal insulation.  In addition, many of the villages are ex-colliery communities and/or ex-limestone quarry areas with older housing built during the heyday of these industries to accommodate their workforce.

Due to a large proportion of the housing being constructed pre-1920 their walls are built without a cavity, i.e. solid.  This, by today’s standard, is a very inefficient construction method and must be remedied if the UK is to achieve its 2050 ‘Net Zero’ target.  The obvious solution is to insulate the properties externally, however over 100 of the dwellings are of stone construction, which are considered ‘planning sensitive’.

The combination of these attributes thrusts high percentages of the local population into fuel poverty and reduced living standards through condensation, mould growth and cold.  To exacerbate the issue further, the vast majority of this housing is of private tenure following the sale of the properties at discounted prices when the collieries were closed.

Due to limited floor space inside the dwellings, risk of cold bridging and sheer expense internal wall insulation was not an option, leaving no known products on the market suitable for treating the housing. 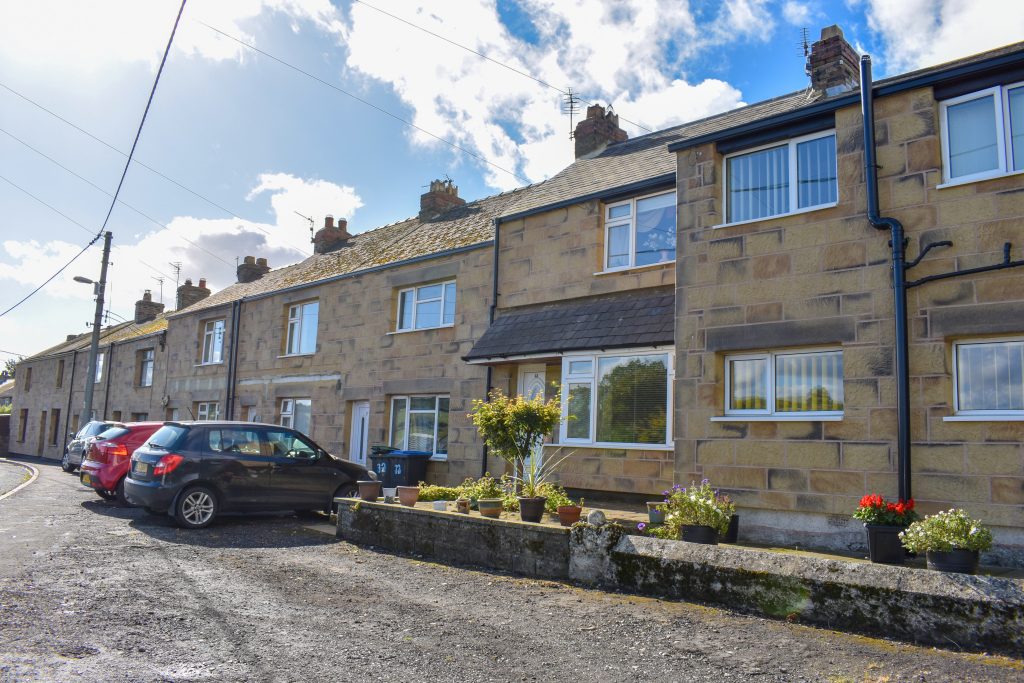 At this point the principal contractor for many local housing projects, Westdale North Ltd, recommended that Durham considered the new and revolutionary ArtBrick ‘Stone’ range of finishes.

Able to recreate the appearance of legitimate stone in a multitude of patterns, colours and textures the ArtBrick product opened the door to the possibility of using external wall insulation to make the housing warmer.  Not only that, ArtBrick was able to tick the ‘innovation’ box and achieve ERDF funding for the scheme, meaning the home owners essentially received their home insulation free of charge.

We were able to produce and submit a sample which sailed through planning and allowed the scheme to get underway, however once on site we had several visits and finishes tweaked on site within days to give the exact finish wanted by the planners, Durham County Council and the home owners.  Without using ArtBrick, the finish (and possibly even the whole EWI 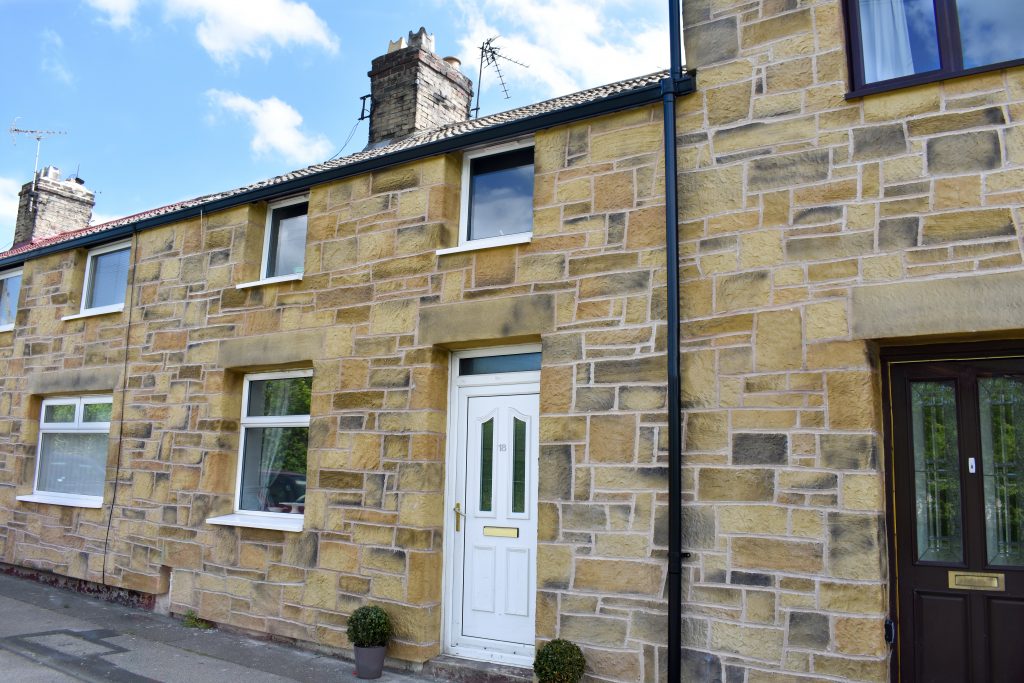 system) would have to have been removed and completely replaced to achieve any alteration, leading to substantial extra cost and material lead times.

Following the on-site tweaking we ended up with several final designs for the properties including coursed and un-course stone effects and we applied the optimum design to bring back the original aesthetic of the houses after they had been rendered in different colours and styles ‘peacemeal’ fashion over the years.  Our final street scene restores the original character without completely replicating it, still allowing conservationists to distinguish old from new.